1.As a bran-new medium, taxi top LED display advertisement will certainly cause the whole market’s great concern. It is likely to make a blockbuster effect and achieve a great communication value.

2.Because of its high mobility, the taxi top sign advertisement is one of the outdoor media that are most frequently cared among customers. In addition, compared with the bus LED display advertisement with fixed routes, the value of taxi top sign advertisement is balanced because there does not exist good locations and bad locations. As a “living medium”, the taxi has a feature of chasing people that all other media do no have, that is, taxis usually stop in densely populated areas, especially big event sites like concert. 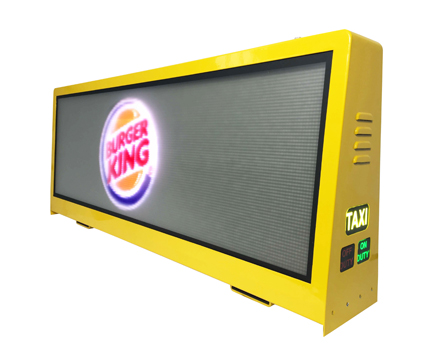